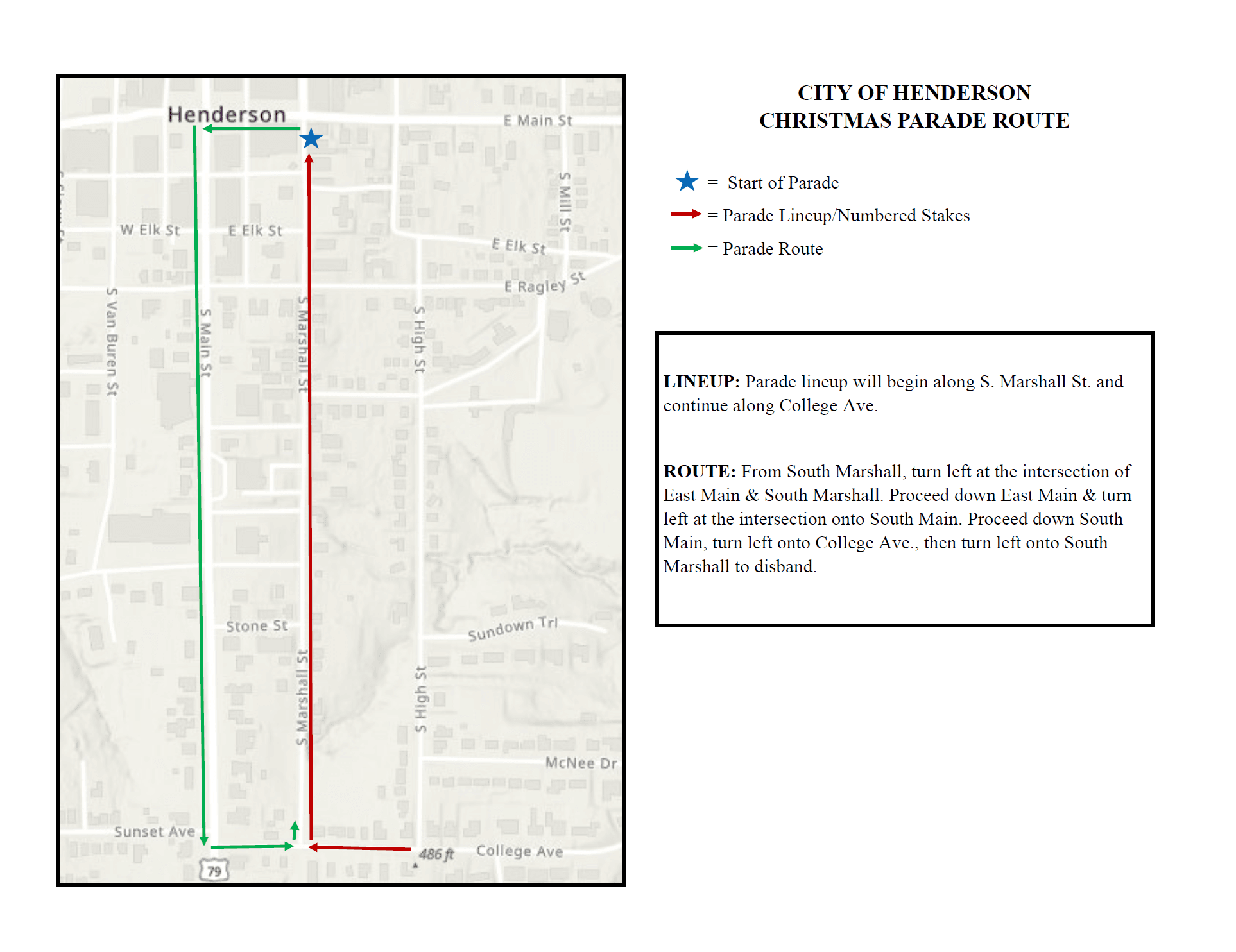 •  Barricades go up at 5:00PM. From [5PM-5:45PM] the only people past barricades will be participants, floats and vehicles in the parade. Parents may walk their children to proper float. No one is allowed past barricade unless on foot beginning at [5:45PM].

•  When finished with the parade, vehicles and motorcycles may exit parade heading South on South Main St.

•  Horses will finish the parade by turning onto Richardson from South Main St.

•  All other floats or vehicles carrying riders are to head back to their starting point on South Marshall.

•  If someone is found selling items during the parade, a first warning will be given. If the person continues, a citation will be issued by Henderson Police Department.

•  Roving Officers are on duty monitoring unmanned barricades, watching for unauthorized vendors and assisting other officers as needed.

•  Should a parade cancelation occur, instructions will be immediately issued via City of Henderson social media channels and at www.hendersontx.us on the Homepage.

Interested in being part of our Christmas Parade? Complete an application and submit it to:

12.   College between Marshall and High Street

•    South Main from Reed to Richardson

•    South Main from Richardson to College