Avoid Contamination In Your Home

How to Avoid Contamination

When water flows backward through the water supply system, it is called backsiphonage or backflow. When that water is accidentally mixed with hazardous chemicals or bacteria, it is called dangerous.

The danger comes when the hose, any hose, is connected to a harmful substance. If the pressure in a water main drops while your hose is submerged in polluted or contaminated water, then the water (and whatever is in it) could be sucked back into your pipes and your drinking water supply. Water pressure drops are not uncommon. They can happen when firefighters battle a nearby blaze or before utility crews repair a broken main. 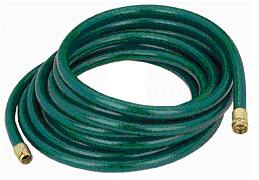 Some harmful substances you should be wary of are the chemicals used to fertilize your grass or the weed killer used on your lawn. The cleanser used on your kitchen sink could be hazardous if swallowed, as could the bacteria in the water from your wading pool or water bed.
Fortunately, keeping your water safe from these contaminants is easy. Take the following precautions to protect your drinking water:

A man sprays commercial weed killer containing an arsenic compound on his lawn using a hose attachment. After he finishes, he disconnects the applicator. It is a hot day so he takes a refreshing drink of water from the hose. A short time later he dies from arsenic poisoning.


At some time while the man was spraying weed killer, the water pressure dropped, which resulted in the poison being sucked back into the hose. Later, when he drank from the hose, the poison inside was released with the water. He unknowingly poisoned himself. 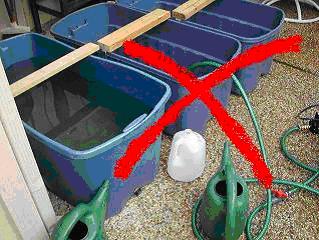 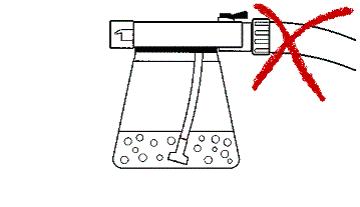